It’s been a year since Sushant Singh Rajput left us. It is still hard to believe that he is no more between us. The death news of the actor left everyone in shock. While the actor was alive, he was linked up with many of his co-actresses, from Ankita Lokhande to Rhea Chakraborty. Though his name was linked with four actresses, his love story remained incomplete. Let us check them out.

Ankita Lokhande and Sushant were in a relationship for over six years. They were one of the most loved couples on Indian Television. They started dating while shooting for Pavitra Rishta and called it quit in 2016. By this time, Sushant had earned a name in Bollywood. Ankita said that she chooses to remain silent on her breakup because she doesn’t want to create a ‘tamasha of her relationship. Ankita Lokhande revealed how she felt completely lost after her breakup. In an interview, Ankita said,

“Today people are accusing me of dumping Sushant. How do you know that? Nobody knows about my thing with Sushant. I am not blaming anyone here…I think he made his choice very clear. He wanted to go on with his career. He chooses his career and moved on. But for two-and-a-half years, I was dealing with so many things.”

Ankita said I was not in that state of mind where I could work. I am not the kind of girl who can easily move on. My family stood by me in my difficult times.

Sushant Singh Rajput was found dead at his Mumbai residence. Ankita has been a constant support for the late actor’s family.

Narcotics Control Bureau has grilled actress Sara Ali Khan in a drug-related case lined to Sushant Singh Rajput’s death. Sara confessed before the central probe agency that she has briefly dated Sushant Singh Rajput. Sara acted opposite Sushant in Kedarnath. Their romance was reported on the set of Kedarnath. Sara told NCB that she often visited Sushant’s ‘Capri Heights’ residence in Mumbai and accompanied him on the trip to Thailand. She also disclosed that she had been to Sushant’s Lonavala farmhouse several times. She denied taking drugs but admitted to smoking cigarettes. Sometimes the actress added that Sushant did consume drugs. However, the duo never acknowledged their relationship.

Sushant and Kriti have worked together in ‘Raabta.’ Since then, it was said that the duo was dating. They were snapped together several times during their dinner and movie dates. After mid-2018, reports stated that both are taking a break to focus on their acting career. When Kriti Sanon was asked about Sushant, she said that she is fond of Sushant and is a good friend. When asked about Sushant Singh’s death, Kriti Sanon revealed that she chooses to remain silent because a lot of negativity is going around. There was so much noise that she doesn’t want to be a part of that.

As per Rhea Chakraborty, they met for the first time in 2013. They met once again at Rohini Iyer’s party, and their relationship started from there. Rhea revealed that Sushant had said that he had fallen in love with her the same day. However, Rhea took three months to say the same thing. After some time, she moved in with him and had planned a future together. Sushant Singh Rajput founded three companies, one was in the name of Rhea Chakraborty, Vividrage Rhealityx, in September 2019. Rhea and Sushant never acknowledged their relationship. However, after the death of Sushant, Rhea called herself his girlfriend on social media. She even requested Amit Shah for a CBI inquiry. Rhea breakup with Sushant and left his house one week before his death.

Sushant, you will always remain in our hearts. You have given many memories to your fans that they will cherish lifelong. We miss you Sushant. 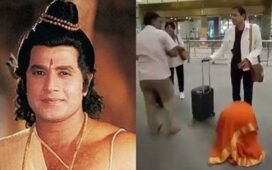