From Alia Bhatt To Taapsee Pannu, These 7 Bollywood Celebrities Talked About The 'Boycott Bollywood' Trend

Many Celebrities Put Their Opinion On Boycott Bollywood Trend Over the last few months, Bollywood movies are not doing well at the box office. This year many Bollywood films tanked at the box office. The Kashmir Files and Bhool Bhulaiyaa 2 are the only two films that became superhits. Also, the ‘Boycott Bollywood’ trend is not doing any help to Bollywood films. These days Bollywood movies are getting boycotted even before their release. The movies like Shamshera, Laal Singh Chaddha, and even Raksha Bandhan have faced boycott campaigns on social media. Here are some Bollywood celebrities who have talked about the ‘Boycott Bollywood’ trend.

“It just saddens, of course, because we’re working for the love of cinema and this is good cinema. So we want people to see this. We want them to come and enjoy this movie that we’ve all and a crew of 250 people who’ve got jobs and have been working towards the same goal. I just want everybody to come and appreciate good cinema and enjoy it. Cinemas are meant to spread love and positivity. It’s not meant to kind of be canceled or spoken about in that sense, and it upsets me.”

Suniel Shetty is unhappy with this ‘Boycott Bollywood’ trend. He believes it is unfair and that this boycott will destroy the industry.

“I hate this ‘boycott Bollywood’ campaign that is going on on Twitter. I always pray it stops because we are an industry too and there are a lot of people feeding off us. So for that sake, let’s not destroy an industry that has its own legacy of good people and people who probably at some stage make mistakes. But aren’t we humans too? Give one that opportunity. I only say it’s not fair. We can only pray that better sense prevails and this doesn’t happen, and these two films work big time.”

Vijay Varma is last seen in the film Darlings. According to him, this cancel and boycott culture is scary, and we need to move forward from it.

“It can scare you. It has just gone a bit overboard now. I feel something that you said 10 years ago could have been objectionable and made a few people raise their eyebrows. It could be a prevalent exercise at that time, but in today’s times, it is no longer frowned upon. I feel you cannot be canceled for something like that.”

Taapsee Pannu recently got trolled for being involved in a heated argument with the paparazzi. She wants her film Do Baaraa to be part of the Boycott Bollywood trend. She said,

“I feel out of place when even biggies are being boycotted. Who wouldn’t want to be in the league of Aamir Khan and Akshay Kumar? Please boycott us too. Don’t leave us.”

Arjun Kapoor, last seen in the film Ek Villain Returns, says that the industry remained silent, leading to people taking advantage of them. He said,

“I think we made a mistake by being silent about it, and that was our decency, but people have started taking advantage of that. I think we made a mistake by thinking that ‘our work will speak for ourselves. You know you don’t always need to get your hand dirty, but I guess we tolerated it a lot, and now people have made this a habit. We need to come together and do something about it because what people write about us or the hashtags that trend are far away from reality. When we do films that do good at the box office, then at that time people like us not because of our surnames but because of the film.”

“People are smart enough to understand what is wrong and what is right. I would just request them, don’t do such mischief, it’s not good, and it hurts every industry. Abhi kya ho gaya hai, sabko apna apna kuch bolna hai. Ek film banti hai bohot saare paiso aur mehnat se and koi bhi industry ho (Everybody has an opinion now. When a film is made, there goes a lot of money and hard work into it), it affects the economy of India and we actually indirectly are hurting ourselves only, and I hope people realize this soon.”

Alia Bhatt‘s last film Darlings was an OTT release. The film was based on domestic violence. According to Alia, she is not afraid to make mistakes and learn from the mistakes. Alia said that we need to boycott the boycotts.

“We need to cancel ‘cancel culture.’ We need to boycott the boycotts.”

Check out this video on why Bollywood movies are failing at the box office.

What do you guys think about the Boycott Bollywood trend? Is it the right way to raise your voice? Let us know in the comments below. 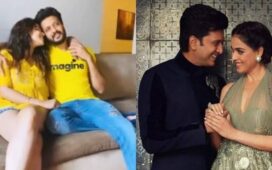