A taboo, more specifically sexual taboos, have become more prevalent in Bollywood movies. These movies focus on some controversial matters. However, the viewers have liked these films due to increased awareness. Hence, Bollywood has covered a wide range of sexual taboos. Erectile Dysfunction, Premarital Pregnancy, LGBT issues, and teen pregnancies are all included.

Many of these sexual taboos’ concerns have evolved into societal discussion points. Additionally, these movies have A-list actors in the lead roles. Eventually, a lot of these movies were financially successful. Further, it also aims at winning over critics along the way. Several films that addressed various social sexual taboos are listed below:

Bollywood comedy-drama Khandaani Shafakhana movie released in 2019 in the Hindi language. Sonakshi Sinha and Badshah are the two main actors. At the same time, debutante Shilpi Dasgupta is the director. Annu Kapoor and Varun Sharma make up the supporting cast.

The controversial sex clinic “Khandaani Shafakhana” is under Baby Bedi. It is in a small Punjab town. However, she receives harsh criticism from all sides. Nevertheless, the actress seeks to end sexual taboos like sex education and sexual health.

Kya Kehna is a 2000 Indian Hindi romantic drama movie. It was out on May 19, 2000, under the direction of Kundan Shah with a script by Honey Irani. Here, the sexual taboo of premarital pregnancy and societal perceptions of it was the base. Preity Zinta plays a single teenage mother in the lead role alongside Saif Ali Khan. Priya, the film’s main character, broke “Indian etiquette” when she got pregnant.

She decided to have the baby rather than having an abortion. But, eventually, she realizes that as teen pregnancy is taboo, she is alone in this. Additionally, Anupam Kher, Farida Jalal, and Chandrachur Singh play supporting parts. Moreover, this was the first movie Preity Zinta and Saif Ali Khan appeared together.

Indian romantic comedy Salaam Namaste is a 2005 film. Siddharth Anand, a first-time director, is behind the camera. Under the Yash Raj Films banner, Aditya and Yash Chopra are producing the movie. In their fourth film together, Saif Ali Khan and Preity Zinta are in the movie. Jugal Hansraj, Tania Zaetta, and Arshad Warsi play supporting characters.

It was the first Indian movie to be shot entirely in Australia and was out on September 9, 2005. The film presents two highly controversial topics that are still taboo in India. Live-in relationships and premarital pregnancy were the two issues.

Shubh Mangal Savdhan is a movie directed by R S Prasanna. It is a Tamil remake of his 2013 film “Kalyana Samayal Saadham,” which was also directed by him. The story addresses the “Erectile Dysfunction” social taboo. Additionally, it says that stress and performance anxiety cause it. This can be a result of one’s hectic everyday life. The narrative centers around Sugandha and Mudit Sharma. Ayushmann Khurrana and Bhumi Pednekar play the roles. They fall in love and decide to marry each other. The story takes a turn, though, when the groom learns that he has erectile problems.

Moreover, the on-screen chemistry between Ayushmann and Bhumi is magical. Additionally, they’re also surrounded by a strong cast of supporting actors. As a result, they smoothly fit in without being overpowering. This enables the comedy to function as intended.

A 2015 Hindi-language original drama film from India is Masaan. Richa Chadda and Vicky Kaushal play the leading parts. It is Hindi actor Kaushal’s first movie. Neeraj Ghaywan also makes his directorial debut with this film. Society’s caste problems are present in the movie. It depicts the sad love affair between a boy from a lower caste and a girl from an upper caste.

Devi Pathak, a young woman from a small town, is blackmailed for money. It was when police officers spotted her hooking up in a hotel room. This is the subject of a part of the Varanasi-based film. A natural act transforms her entire life since premarital sex is a stigma.

The comedy movie Helmet released in India in 2021. It strongly promotes awareness about contraceptives. The director of the film is Satram Ramani. Moreover, Dino Morea and Sony Pictures Films India are the producers of the film. It stars Sharib Hashmi, Abhishek Banerjee, and Ashish Verma. Pranutan Bahl, Aparshakti Khurana, and Pranutan Bahl are in the lead roles. The movie premiered on ZEE5 on September 3, 2021. It tries to alter the stigma and taboo around condom use in India.

The couple Lucky and Rupali, who are in love and want to get married, are in the movie. Lucky, an orphan, makes a minimal living as a singer in a wedding band. However, the sole child of a wealthy father, Rupali, is about to marry an NRI. Therefore, Lucky plans to carry out a complex theft to get some extra money. His bandmate transports company goods for some cash. Eventually, with his two buddies’ help, Lucky implements a plan to rob one of the company trucks. He expected electronic goods in the truck but found a surplus of condoms instead.

Vicky Donor, a romantic comedy film in the Hindi language, was out in 2012. Produced by actor John Abraham and directed by Shoojit Sircar. Ayushmann Khurrana, Yami Gautam, Annu Kapoor, and Dolly Ahluwalia played vital roles. The idea is in the context of infertility and sperm donation. These two matters are still considered taboo in India. It takes place in a Bengali-Punjabi family.

On April 20, 2012, the movie opened on about 750 screens in India. The film received positive reviews when it debuted and did well at the box office. Ashima and Vicky fall in love, but their relationship is soon in trouble. So it was when they found that she was infertile. The comedy does a fantastic job of addressing the rarely spoken subject of fertility.

8. Lipstick Under My Burkha

Black comedy Lipstick Under My Burkha is a 2016 Indian movie in Hindi. Alankrita Shrivastava is the film’s writer and director. The producer of the movie is Prakash Jha. Ratna Pathak, Konkona Sen Sharma, Aahana Kumra, and Plabita Borthakur are main stars. Supporting roles are Sushant Singh, Sonal Jha, and Vikrant Massey. It also has Shashank Arora, Vaibhav Tatwawaadi, and Jagat Solanki.

Four ladies looking for independence live their secret lives in the movie. However, the challenges and barriers in their path are all there. Nevertheless, they find a way to express their desires through modest acts of bravery.

An Indian comedy-drama movie titled Good Newwz was released in Hindi in 2019. Raj Mehta, a debutant, co-wrote and directed it. The producers are Hiroo Yash Johar, Karan Johar, Apoorva Mehta, and Shashank Khaitan. The lead roles in the movie are Akshay Kumar, Kareena Kapoor Khan, Diljit Dosanjh, and Kiara Advani.

Two couples who trust in vitro fertilization center the story. The surnames of both couples are the same. They seek in-vitro fertilization and await the arrival of their unborn babies. Unfortunately, they discover that the sperm from each partner have been confused, which causes a problem.

Hindi comedy-drama Janhit Mein Jaari is a 2022 Indian movie. Raaj Shaandilyaa wrote the script, and the director was Jai Basantu Singh. It features Nushratt Bharuccha, Paritosh Tripathi, Shaan Yadav, and Vijay Raaz. On June 10, 2022, a theatrical release took place. The protagonist of the story is a young woman who chooses the challenging job of selling condoms. It is set in a small Indian village in the MP state.

The movie shows the difficulties she faces while dealing with the sexual taboo. How she handles the opposition from her family, and the entire town is the story’s main subject. All of this was along with the signature Raaj Shandilya humor. The film is a combination of fun and social commentary. The acting in this movie by Nushratt Bharuccha is excellent.

The best medium for interacting with an audience is a movie. Moreover, celebrities can connect with a larger audience through movies. These are some of the Bollywood movies that are based on sexual taboos. 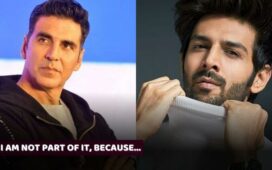