Shubhangi Atre, currently playing the character of Angoori Bhabi in the sitcom BhabiJi Ghar Par Hain! was approached by the makers of Bigg Boss but she denied being the part of the reality show. Shubhangi Atre said,

“Yes, I have got a call but I’m not available for it as of now. I’m already committed to Bhabiji, and I cannot ditch my producers and channel at any cost. Secondly, I cannot fight and abuse at least, for now, I am not prepared for such a show.”

Tejaswwi Prakash is known for the role of Ragini in Swaragini. She also participated in a reality show Khatron Ke Khiladi 10. Tejaswwi Prakash was approached for the Bigg Boss 14. However, she decided not to be a part of this show as she wants to focus on her acting. Do you know she is also an engineer by profession before coming to the entertainment industry?

Munmun Dutta is playing the popular character of Babita Iyer in Taarak Mehta Ka Ooltah Chashmah. According to the reports, Bigg Boss makers approached her, but she denied it as a rumor. Munmun said she loves watching Bigg Boss but does not want to be a part of it.

Adhyayan Suman is a son of a famous Indian host and actor Shekhar Suman. He worked in Bollywood movies like Haal-e-Dil and Raaz- The Mystery Continues.  According to the reports, the makers of Bigg Boss wants him to be a part of Season 14, but he denied being a part of the show. Adhyayan Suman tweeted regarding the same as well. Below is his tweet,

False news of me being a part of big boss ! Thanks but no thanks ! Disrespectful to say the least ! #BigBoss @ColorsTV please clarify this! Regards

Not everyone knows, but Rajeev Sen is a brother of Bollywood actress Sushmita Sen. He also turned down the proposal of being the part of Bigg Boss. Rajeev Sen is also a model who has been a part of many shows.

Chahatt Khanna became famous from the TV soap Bade Acche Lagte Hain. According to the reports, the makers of Bigg Boss approached Chahatt Khanna around six times and also for the 14th season too, but she had turned down the offer.

Kuldeep Singh got popularity after his role in Vighnaharta Ganesh. According to reports he was also offered a role in Bigg Boss 14, but he turned down the offer. Kuldeep Singh said he is not interested in being a part of the controversial shows like Bigg Boss. In a conversation with The Times of India, Kuldeep said,

“I don’t want to do such shows now. I want to explore acting and want to do something iconic as an actor. Doing such a reality show, at this juncture may risk my acting career. Also, I don’t want to be presented as a victim in the show. I know the situation created inside the house is very difficult to handle. Moreover, Bigg Boss fans keep bullying you outside if they don’t like you. I’m very much a private person, and I want to be known as an actor rather than my personal flaws.”

These are the celebrities who refused to be a part of Bigg Boss 14. Which contestants do you want to see in Bigg Boss 14? Let us know in the comments below. 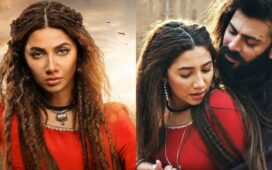