Emraan Hashmi is sharing the screen for the first time with legendary actor Amitabh Bachchan. The duo will be seen together in one of the most awaited upcoming movies Chehre. It is directed by Rumi Jaffery and produced by Anand Pandit Motion Pictures and Saraswati Entertainment Private Limited. Chehre will release in cinema halls on April 9. Talking about working with Amitabh Bachchan, Emraan Hashmi said that he has achieved a huge milestone in his career. Emraan Hashmi told IANS,

“I felt like the wait is over. We have grown up following Amitabh Bachchan sir and every artist in the industry desires to work with him. It seems like I have achieved a huge milestone in my career.”

Emraan Hashmi also talks about how Amitabh Bachchan inspired him and many other actors to walk on the same path. He added,

“It is so amazing to see the discipline that Amitabh Bachchan sir has even after being in the industry for over five decades. Our industry is not very discipline-oriented which can be a little difficult at times, but he has inspired me, and so many others, to walk the same path. He is extremely punctual, always reaches the set on that given time. And that is a practice that I have always followed as well. It is motivating to see the respect he gives to his craft which is why not only me but the industry, the audience, everyone has such high admiration and respect for him.”

The teaser of Chehre is already out. The 45-second long teaser is looking good. Chehre also stars Annu Kapoor, Krystle D’Souza, Dhritiman Chatterjee, Siddhant Kapoor, and Raghubir Yadav. Emraan Hashmi has many upcoming movies lined up. He will also be seen in Mumbai Saga releasing on March 19.  Emraan Hashmi will also be seen playing the role of an antagonist in Tiger 3 opposite Salman Khan and Katrina Kaif. It will be his first collaboration with Yash Raj Films. 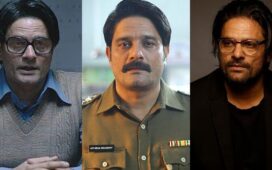 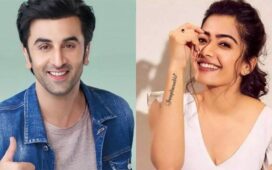